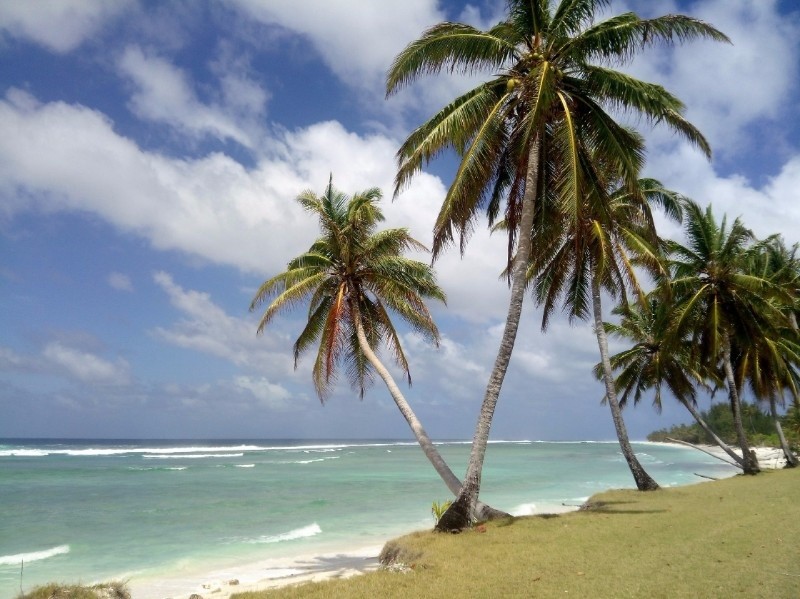 I woke at 0300, before my 0315 alarm. I had not allowed myself to adopt to local time yesterday because of this ghastly wake-up required for today.

The taxi arrived at 0345 as booked and dropped me at the airport more than 2h before the flight at a cost of AUD42 (including some surcharge which I didn’t question).

Check-in wasn’t busy and I was issued a boarding pass straight away with an exit row seat that was also non-recline. I was told I could move to a recline seat as the flight was quite open. The flight leaves from the international terminal and I zipped through as there were no queues.

Onboard the Virgin Australia A320 (strange they keep these as they’re largely a Boeing 737 airline), the passengers were largely sardined into the forward half. 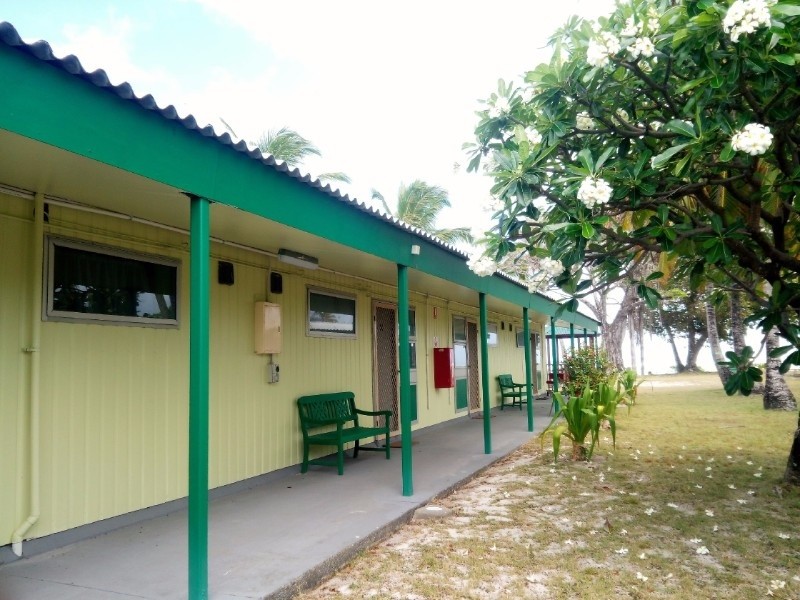 Cocos Beach Motel typical block.The crew came around with newspapers, something hardly seen inflight any more but I guess there is no entertainment at all on this 4h35 flight.

Surprise surprise, we were delayed for about 20 mins as the crew needed to shift some people to the back to even up the aircraft weight distribution.

Once airborne, I shifted to a spare row near the back where the crew had set up their rest area. That consisted of three rows (both sides) which equated to 18 seats for them and the pilots to rest in, as they operate three flights today: PER-CCK-XCH-PER totalling about 12 hours including turnarounds but excluding sign-on/off.

The immigration forms handed out were just the Australian ones! We were served a light snack of a hot spinach and feta pastry, a cold pain au chocolat (very strange light brown horrible choc) and yoghurt. 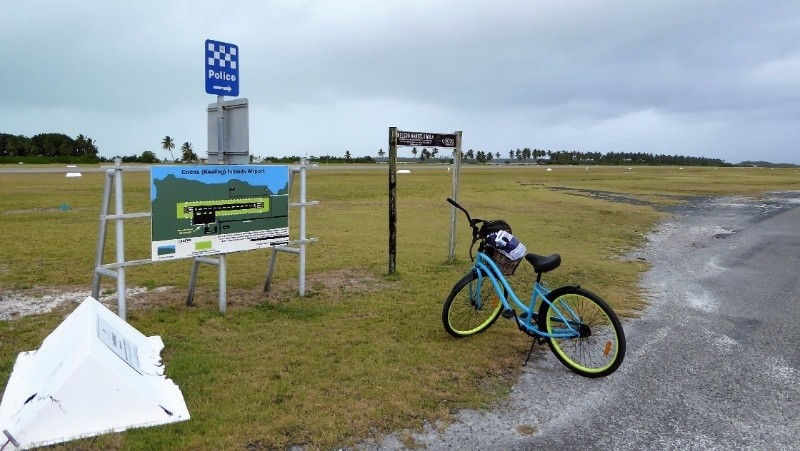 Unfenced airport runway.Coffee, tea, OJ and water was complimentary. A broader selection of food and drinks were available for purchase.

I had a brief lie down in my row of three seats before doing some reading and paperwork. Looking around (including the reading material of some people) and talking to fellow passengers, I gathered that there were some military and prison officers on board. The former appeared to be destined for Cocos while the latter continuing to Christmas Island [Christmas-Island-travel-guide-1314531].

We landed about 20 mins late into Cocos (Keeling)’s largely unfenced runway. Luggage came quickly and mine was the first one off the trolley. 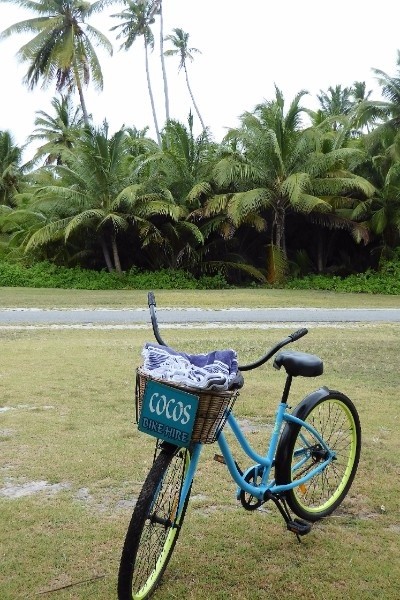 Longhorn (handlebar) bike with no brakes. Backpedal to slow down or stop.There was no immigration check but only quarantine. I told them about my apples , muesli and canned food and was let through.

The Cocos Beach Motel (aka Cocos Beach Resort) was just across the road from the airport. I was given a room near reception by the main street. It’s still by the beautiful blue sea that was thundering with large crashing waves despite the clear blue weather.

My room was nice and clean enough, and also spacious. Things were a little worn and the floor could have done with some sweeping; yes I appreciate it is a sandy environment but it is best to give the guest a clean room to start off with.

As many things near the airport only open for the flight, I went across to get a bicycle straight away for two days at AUD15 per day.

I needed some food badly. 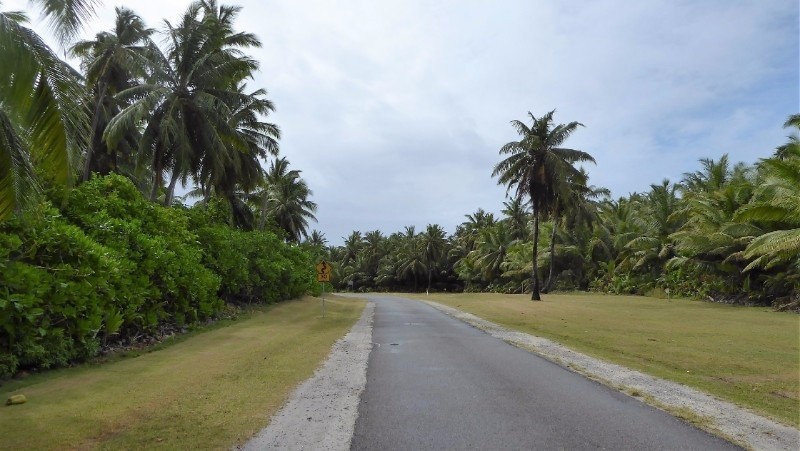 Cocos' main highway.As it was only 1000 I didn’t want to have lunch. So I snacked on some milk and muesli.
After a rest I made myself a lunch of four-bean-mix, canned diced tomatoes and tuna. Yummy meal for $2 (factoring in that I only use half-can of each of the veges).

After another rest, I went to reception to get a beach towel for my upcoming bike ride and swim. I ended up having a nice long chat with the receptionist, Pak Sani (whiteman but Muslim who was head of the Cocos Co-op) and another. We chatted about our language differences (between Cocos Malay and Malaysian Malay) and other stuff.

Pak Sani (Ron Grant) claims to be descended from the Afghan cameleers but his colleagues knew nothing about it. I thought he converted to Islam for his marriage but he says that he had already returned to the religion of his ancestors before that. 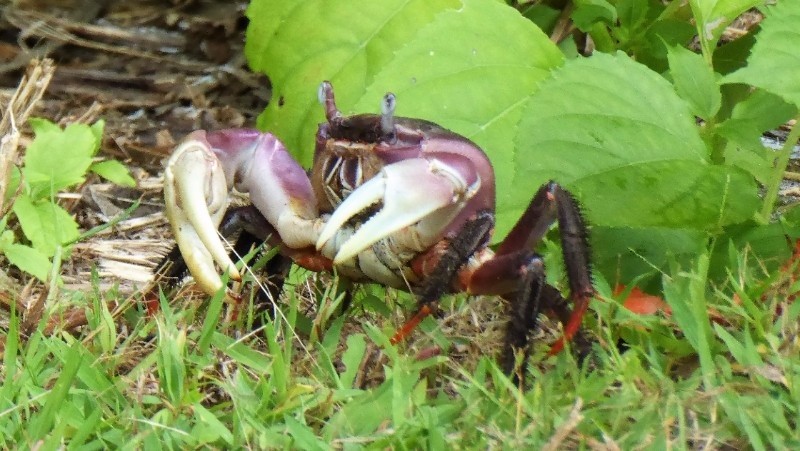 Well-endowed crab. Look at that big claw that's bound to be very fleshy inside.I’m not sure if he was pulling my leg about many things.

I eventually made it out for my bike ride heading to the northern tip of West Island via a detour to Rumah Baru jetty, before backtracking to Trannies Beach. This was one of two recommended swim spots (rated as the less preferred one).

The waves were crashing in on the reef which wasn’t too far out. It wasn’t conducive in the shallower area either. I sat in the shed briefly before the rain set in. I waited it out until it turned down into a drizzle before hopping back on my bike.

A couple appeared from the woods and offered me a ride in their ute, with my bike on the deck. Just as well as the rain came back. What I did notice along the way were the crabs. They had all come out with the downpour. Unfortunately I wasn’t in the position to stop the car to take some photos of them all out. 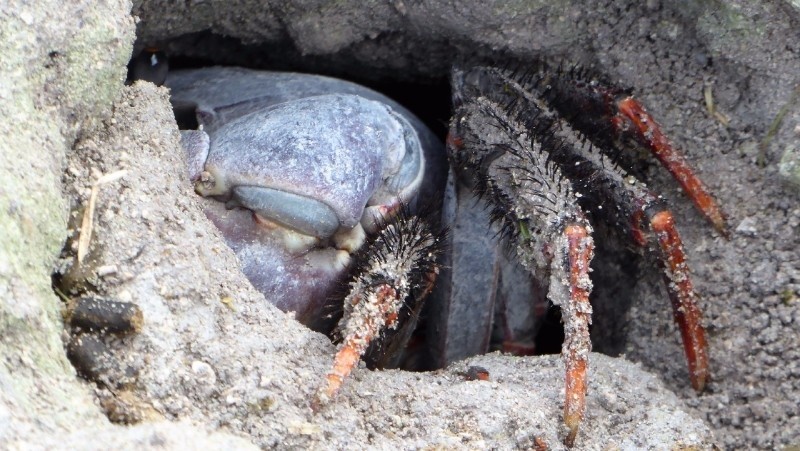 Well-endowed crab but a tad shy.

BTW the bike was a bit unusual. It had longhorn handlebars and no brakes. To slow down one back-pedals. Not being a bikie, it was strange for me! And nothing new for some people?

At a Cocos Formal function

I got dressed “Cocos Formal” (shoes and longs) for the special event tonight. Fiona Nash (Minister for Local Government and Territories) was the guest of honour. Many Ozzies were in boardshorts and flipflops while the Malays were better dressed.

After her speech, the National Anthem was played. A few Ozzies sang along while the Malays didn’t. But when it came to pre-dinner grace (Muslim prayer), the Ozzies continued talking.

We were treated to a Cocos Malay dance before dinner. That was the strangest sight ever. 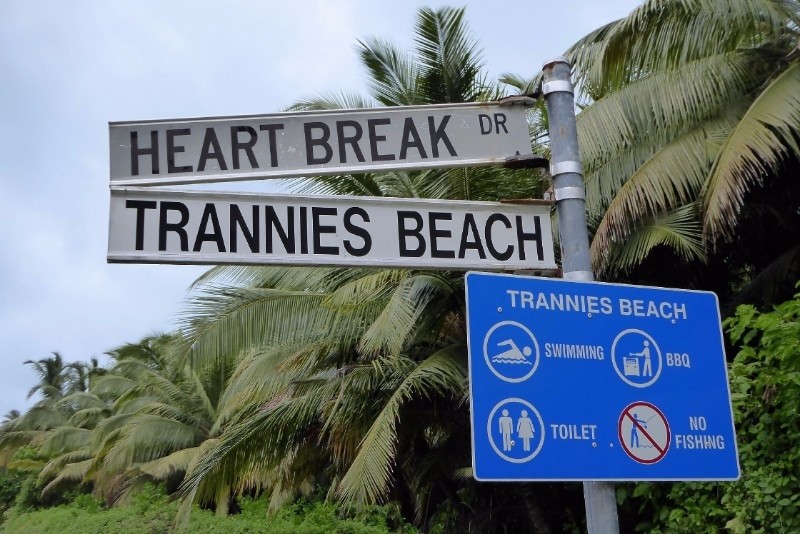 Trannies Beach. I expected transvestites?Children were dressed in their traditional costumes (which looked like normal Malay costumes but with a frilly net dress over the top). The dancing was perhaps Scottish and the accordion a mix of Scottish, sea shanty, nursery rhyme, country stuff. I guess having been isolated from their roots for so long and for a while as slaves, they took on some of the traditions of their masters.

When dinner was served, the satay disappeared immediately. I was left with hot dogs, pizza, fried fish, curry puff and cake. Interestingly they don’t have any issue with calling a hot dog a hot dog unlike in Malaysia, where some Muslims are calling it something else because Muslims (unlike Christians) are not permitted to eat dogs.

It was interesting to people watch. Many Cocos Malay men are bearded and perhaps all the women have wear a headscarf. 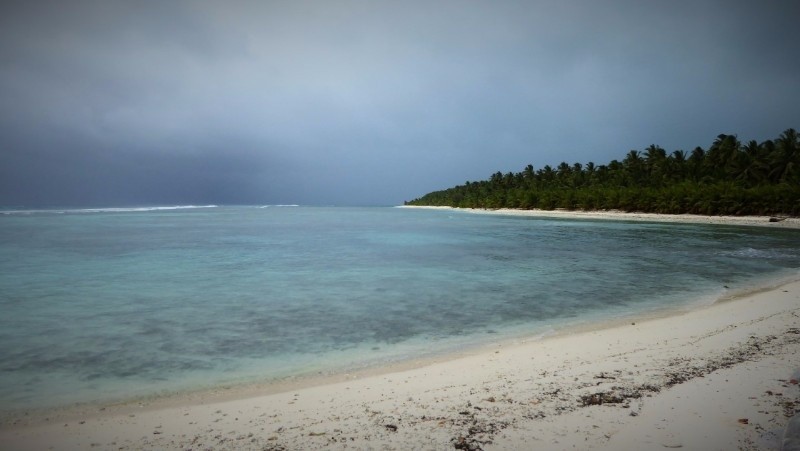 Trannies Beach. Even more interesting was chatting to some of the older Malay men (in Malay). I confirmed what I had seen on the internet about how they were promised ownership of the land when they voted to join Australia (rather than gain independence) in 1984. They are still leasing their homes on Home Island from the government.

They do feel betrayed. I get a whiff of neo-colonialism, apartheid, white privilege and broken promises.

A few things I learnt:

1. There are Cocos Malays in Tawau (Sabah, Malaysian Borneo). They moved over in the 1950s.

2. Cocos Malays feel a bit alienated due to the cultural difference with mainland Australia. There are increasing links to SE Asia. Over the years women have become fully covered Malaysian style rather than wear flowers in their hair during the old days. 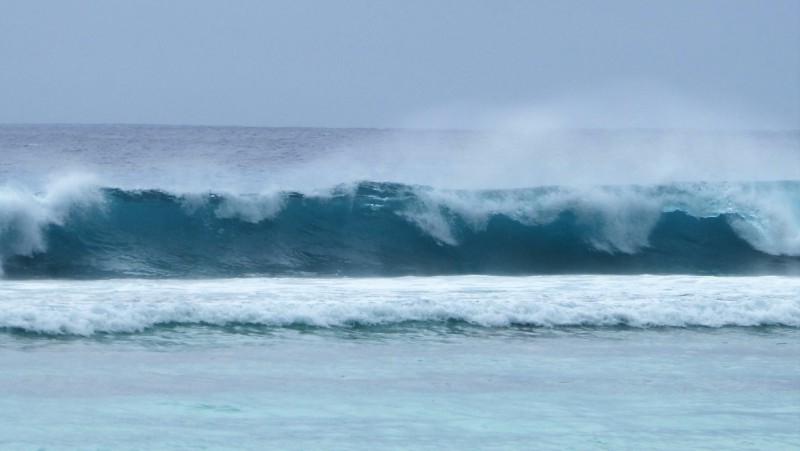 Trannies Beach. Likewise men are more covered up too wearing shirts and longs instead of singlets and shorts.

3. Some Australians think of Cocos Malays as lazy beneficiaries. But there aren’t many opportunities in such a small place. I met a few who have worked in Western Australia and returned to retire. So the perception isn’t justified. One could argue that only mainlanders that can’t cope with the rat race would move to Cocos?

4. While some Australians label Cocos Malays as dole bludgers, they are model citizens in other ways. No drugs, no alcohol, low crime and exemplary attendance in school.

5. Locals have little say in the way their community is run. It isn’t like a democracy as the islands are administered to a great extent from Canberra [Canberra-travel-guide-151964] and many services provided under contract by Western Australia on its behalf. There are some who argue that the situation meets all the UN criteria for a colony! 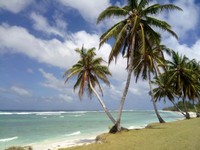 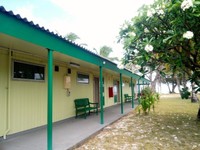