Back to the Australian mainland but very briefly 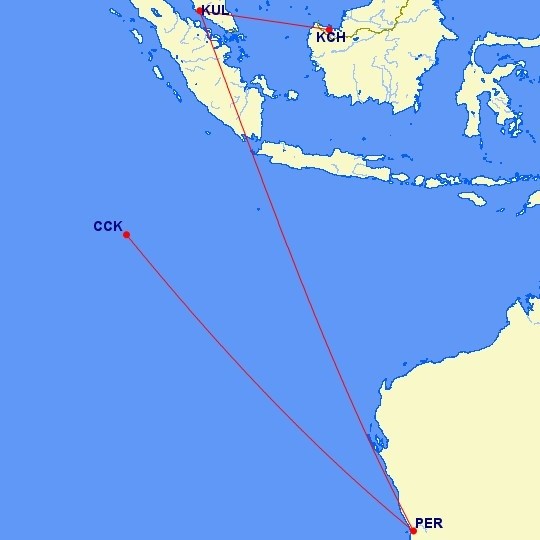 My flight to Perth [Perth-travel-guide-156950] doesn’t leave till 1825 so I have a long day to kill, especially since I’m still waking up rather early. So kill it I must!

I rented a bike to cycle to the south end again for a swim. Unfortunately the tide was low but it was still pleasant enough. I was back in my room by 1030 for a wash, rest and to pack before being booted out of the hotel at midday.

The lunch special today was Soto Ayam and it was very gooe but a little different. 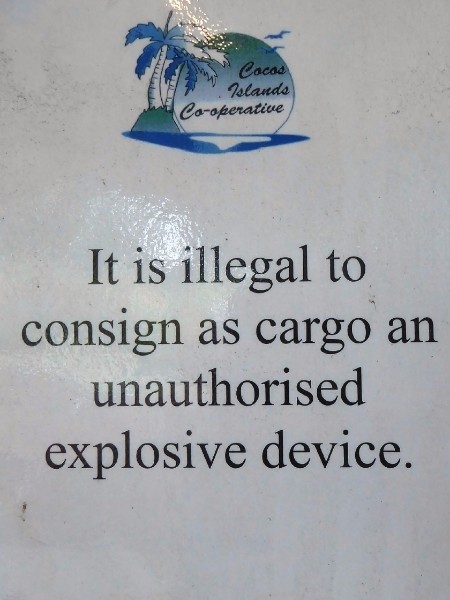 Sign at Virgin Australia check-in counter. I'd hate to think that they carry authorised explosives on my flight.They used fine yellow noodles and lots of it too and didn’t give too much soup.

I did some admin and surfed the net overlooking the sea till about 1500 when check-in was supposeed to open. It didn’t open till 1530 but it was good people-watching. There were a few very big (tall and wide) bearded Indian Muslims from Sydney; perhaps they were preaching here.

I got my boarding pass straight away as there were plenty of spare seats again today. I returned to the hotel’s outdoor area to await the departure hall to open. That happened about the time the flight landed (early) from Christmas Island [Christmas-Island-travel-guide-1314531] around 1730.

Thinking about my stay in Cocos ... it was a nice enough experience as it cost me very little in terms of airfare but not accommodation. The intention was to visit a corner of the Malay Archipelago that is remote and I certainly achieved that. The people are friendly and reserved like rural Malaysians rather than welcoming and outgoing like Indonesians. Because of that I didn't think I had a good chance to speak to and understand them enough.

There were no LAG restrictions at security and no passport checks (they did require passport as ID for check-in). The transit passengers from Christmas Island were issued with new boarding passes after going through security.

We departed about 10 minutes early at dusk. The snacks provided today weren’t as good. It was the same horrible pain au chocolate with a few other savoury and sweet nibbles. I wanted to buy a sandwich but they ran out just as they got to me. And they also didn’t have any pies for the route. The instant noodles didn’t appeal; well it did but I exercised restraint.

As I had three seats I lay down for over an hour. Soon enough we were in Perth after only 4h05 flying time. As we came in to land, the man in front of me didn't have his seat upright; the crew told him but he was half-asleep and that was the end of it. We landed just before midnight and walked down very shaky stairs. A ground staff ran to one of the corners perhaps in an attempt to better stabilise it.

Then it was a two storey hike into the immigration area. Passengers from Cocos/Christmas cannot use the kiosks at immigration but must be processed manually. That was swift and just like the other day coming from Auckland, I was intercepted and queried as to what food I had and given a stamp on my form. Then it was a quick exit.

To my surprise, there was a large queue, possibly from the Asian flights. Somehow or other I wandered into the quick exit and not the queue. I asked the officer and she said I was in the right place. I thought I had jumped the queue. I’m not sure how they effectively herd people into the “screen vs “don’t screen” queues. 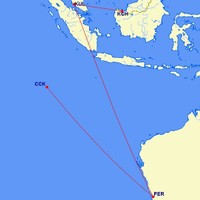 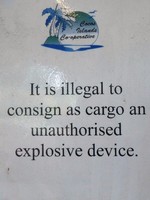